You can read the interview in full below:

‘I lost more sleep over letting fantastic people go during the crash than any other time’
Philip Martin of Cora Systems also talks about using the GAA to develop contacts. 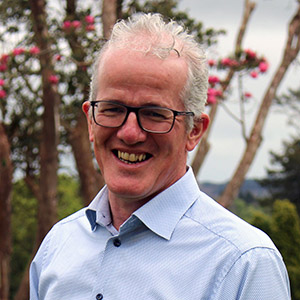 LEITRIM-BASED TECH outfit Cora Systems has been on the go for nearly a decade, ballooning into a multimillion-euro operation.

The company hopes the new platform – which is already being used by existing clients like professional services firm PwC and Allergan Pharmaceuticals – will help it compete with global giants like Microsoft and Oracle.

As part of our weekly question-and-answer series, we spoke to Philip Martin about ditching outside consultants and the challenge of running a fast-growing company.

Here’s what he had to say:

What was your earliest or childhood ambition?

To win an All-Ireland medal for Roscommon in Croke Park. That was probably the biggest ambition. But I very quickly realised that wasn’t going to happen.

I’m very involved with Club Rossie, a great group of people responsible for the fundraising wing of Roscommon GAA. I suppose it’s a different way of fulfilling my ambition.

What’s the worst job/task you’ve ever had to do?

Going back to 2008 and 2009, we had fantastic people. Like every other company back at that time, we had to streamline the business, which meant really good people not working for us any more.

There are still people that we would love to hire back – they were fantastic people – but one bad day has enabled several good ones since. I lost more sleep over that time than any other time. But that’s all in the past.

What’s one thing that would put you off hiring someone?

I don’t do high-maintenance. If someone is going to require a lot of my time, I stay away from them. Typically a proper interview process will spot that – you’ll generally spot it after two or three interviews.

I look for can-do people who get up and go and make things happen within the alignment of our culture and strategy.

What bad work (or business) habit have you had to kick?

I set the business up on my own back in 1999. Very shortly afterwards, Pat Henry joined me. He’s now our chief technology officer. Between the two of us, we’ve grown the business and there are some great guys in here that have helped grow that business.

As you grow, you need to start letting go of things that you used to always do. So letting people get on with their own jobs and not interfering, that’s probably the bad habit that I’ve had to kick.

A recent client conference was a great testament to that: I showed up on the day and didn’t know what was going to be organised and knew very little about it. I was able to get around and do what I wanted to do, which was talk to all our clients.

What’s the one piece of advice you would give to someone starting out in your industry?

If I asked you what Ryanair’s strategy was, you’d probably be able to tell me they’re low-cost, pack-them-in-high and do a quick turnaround.

If you go to an airport, you’ll see that there are people queuing up to get on a Ryanair flight. That’s basically everybody buying into Ryanair’s strategy. So what gets people – staff and clients – to buy into your strategy? Culture.

We have a very good, clear strategy. But the reason we’re delivering it is because all the people here know what it is and how it should be delivered. That’s our culture. The more your protect that culture, the more likely you are to achieve your strategies.

In short, my advice is, protect your culture, believe in what you do and stay determined.

What has been your biggest mistake to date and what did you learn from it?

We used to take on a lot of external consultants. If you think about it, you get 22 working days in a month if you exclude weekends. If you take one or two days out of that to meet consultants, that’s a lot of time to give over to a complete stranger.

If you’re certain they can help or they have a proven record, it’s a different story, but you can spend a lot of money and time. So I would say my biggest mistake was taking on consultants wildly.

What’s the biggest rip off and best value in Ireland?

We’re based in Carrick-on-Shannon. You can buy a two-story house on an acre of land for €250,000 here. You’re probably paying that in rent over three or four years in Dublin with the way that it’s going at the moment.

So I think the biggest rip-off is rental and housing costs in Dublin. The best value is Carrick-on-Shannon. The cost of living here is phenomenally cheaper. We don’t have traffic lights: there’s no need for them.

It’s just a dream to live here. I spend one week in three in the States, and I can get to Dublin Airport in less than two hours. And it takes me 10 minutes to drive seven miles to the office.

Who is your business hero?

I don’t really do heroes, but there are different people you admire for different reasons.

Cora Systems is proud to announce that we have officially been certified as a Great Place to Work.