According to Our World in Data (see chart below), more than 40% of the world’s greenhouse gas emissions come from industry and transport1. So governments and industry have (finally) agreed that the world needs to decarbonize and get to net-zero, and no later than the 2050s. And, according to the World Economic Forum, many of the pledges around reducing emissions that were made at COP 26 focused on;

Unlike fossil fuels, which are an energy source, hydrogen is an energy carrier. Meaning it has to be converted into energy using something else. And what you use to make that happen is why we have the rainbow of hydrogens that are currently on offer. But the three principal ones are gray, blue, and green.

Gray hydrogen is made from methane and coal (sometimes called black or brown hydrogen) and is extremely inefficient and environmentally damaging. For every one part hydrogen it produces, there are nine parts CO₂ that result in the form of waste.

Blue hydrogen is produced in the same way, but a large part of the CO₂ that results is either captured and disposed of responsibly, usually underground, or gets repurposed in advanced oil recovery.

Green hydrogen on the other hand is produced via electrolysis, which separates water into hydrogen and oxygen. And, so long as you only use renewables to make that happen, the only waste product that results is crystal clear, clean water. 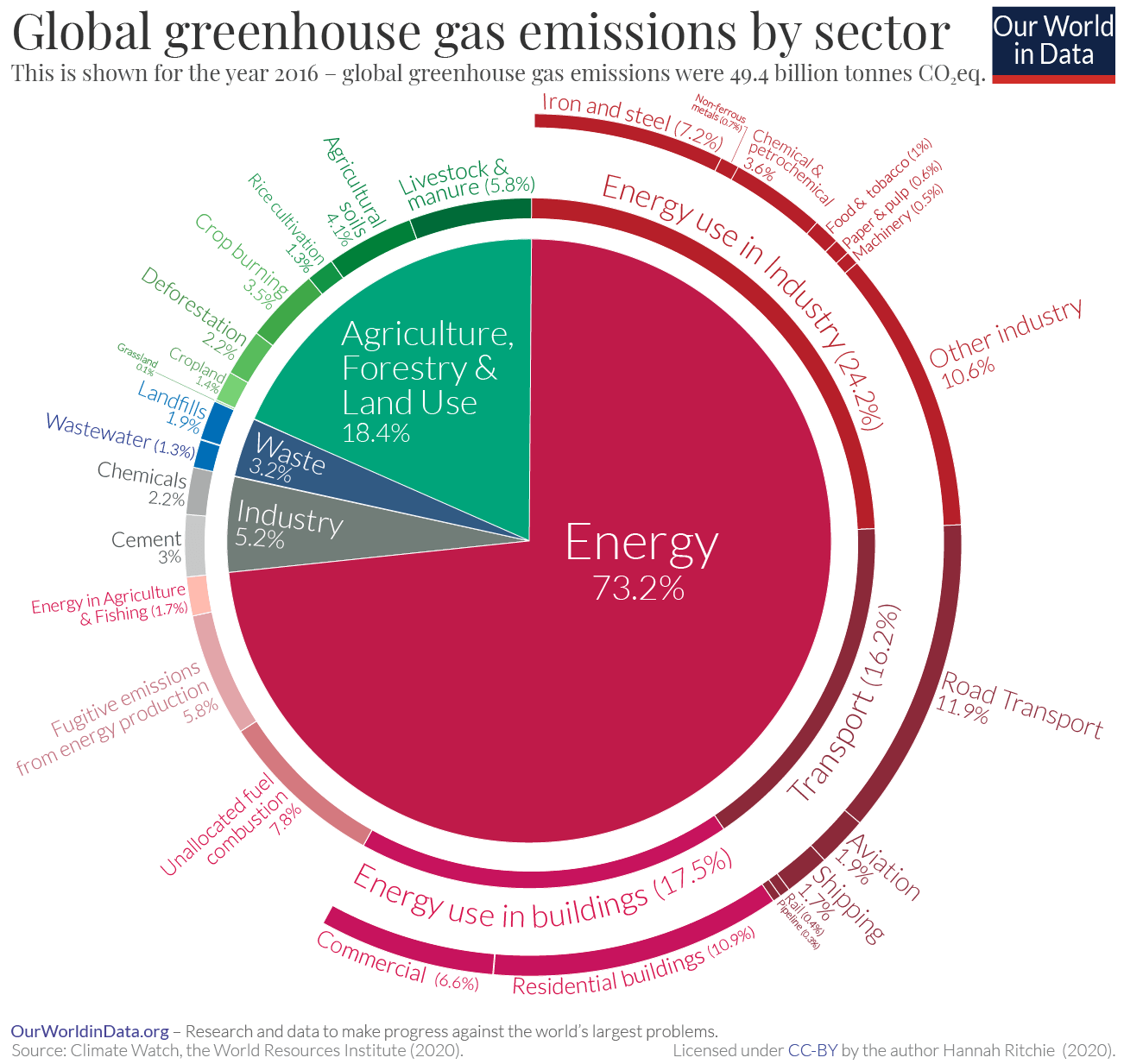 The problem is, as things stand green hydrogen is two or three times more expensive to produce than blue hydrogen – never mind gray or black. So, do you take a principled stand or a practical one?

The EU is saying that it is already too late and that it has to be green or nothing. The US says, you need something to bridge the gap before green hydrogen becomes commercially viable, and that blue hydrogen a workable and realistic stopgap.

The pros and cons of hydrogen

That’s the 30,000-foot overview. But there are plenty of other challenges that manufacturers need to factor in if they’re going to use hydrogen, green or otherwise, to lower their emissions. For one thing, it’s highly flammable and volatile, so it needs to be kept under a huge amount of pressure, which creates complications when it comes to storing and transporting it. And it’s both more expensive to produce, and less efficient than other sources of energy. Some 70% of the renewable energy you put in to generate green hydrogen gets lost in the process. Which seems like a pointless waste of renewables.

On the other hand, those production costs are tumbling down with every year. And one of the biggest problems with renewable energy is that there are only a very limited number of places that are good at producing it.

There’s sunshine in Arabia and California and wind in the north of Europe, but most places in the world will need to have renewable energy transported to them. And hydrogen is extremely efficient when it comes to long haul transport and to long-term storage because it’s much denser than other energy sources so it needs far less space.

So it’s much better at long haul transportation than electric vehicles are, because of all the space they need for their batteries, and is nearly three times more efficient than gasoline is.

The main areas of industry where hydrogen is used today are oil refining, ammonia production, methanol production, and steel production. But those improvements in the production of green hydrogen, and the sense of urgency that has finally emerged around sustainability, mean that many more areas of manufacturing are increasingly looking to hydrogen.

Quite simply, it’s becoming too costly to continue using traditional energy sources. And the opportunities to access funding for investing in hydrogen are becoming impossible to ignore. In short, green hydrogen is beginning to make financial sense.

Around half of the €1 trillion that the EU is investing in its green deal over the next ten years has been set aside for green hydrogen. China is upping its investment and wants a million fuel-cell-powered vehicles on its roads by 2030. Japan and South Korea are similarly focused on moving their cars to being hydrogen fuelled. While hydrogen is central to California’s commitment to getting 1.5 million emissions-free vehicles on their roads by 2025. And in 2020, the German government launched it €7 billion investment program in green hydrogen.

Green hydrogen is not the answer to every one of today’s energy problems. But it is one of the key solutions to many of the mid to long-term challenges that industry is faced with. And as its use in the likes of gas turbines, reciprocating engines, and fuel cells develops, manufacturers will have more and more opportunities to grow and expand. Both within the areas that they already work in, and into whole new areas that emerge because of all the materials and parts that things like fuel cells are going to need.

As Vijay Vaitheeswaran, Global Energy and Climate Editor for The Economist, comments;

“In the short term, electrification is going to lead the decarbonization charge, but longer term, I think there is a great potential for a real hydrogen revolution.”3

1. “Emissions by sector” by Hannah Ritchie and Max Roser
2. What is green hydrogen and why do we need it? An expert explains
3. Hydrogen: fuel of the future? A video by “The Economist”

Apr 28, 2022
Manufacturing Engineering
Sustainability in Project Management
Share it on your social media

What is sustainability in project management?

How can we achieve sustainability when managing projects?

How Can Grid Modernization Facilitate Decarbonizing the Energy Sector?

When it comes to Grid Modernization learn why data – rather than intuition – can help to achieve carbon neutrality goals.